OPINION: It seems there are no other alternatives available. New Zealand is not a litigious nation like the United States, where parents have resorted to court proceedings to get a better deal for their dyslexic children.

Parents have had successful outcomes in both California and Nevada when they have sued the school system for a better deal for their children and won.

The case is equally compelling here in New Zealand. Successive governments have systematically and callously ignored the needs of between 10 and 15 per cent of children with dyslexia or other neurodiverse​ conditions.

In the New Zealand context, there are at least 700,000 children in the compulsory schooling system. That equates to some 100,000 children with dyslexia or other neurodiverse conditions. The majority of these pupils are not getting their needs met by the school system.

The parents of dyslexic children who can afford it will pay for a diagnosis themselves, as well as private tuition that can cost in excess of $100 a week.

Obviously, only wealthy parents can afford the costs involved to identify and support dyslexia or other neurodiverse conditions in their children. Other children are left to struggle in the school system that does not meet their needs.

The most common outcome is under-achievement at school, and many drop out of school early. The high rates of dyslexia in prison inmates and in young people who are disconnected from the schooling system is evidence of system failure.

Participation in a democracy like New Zealand is a contract. Citizens pay taxes, and in return, they can expect health and education services. Children with dyslexia continue to receive a substandard education service from the schooling system. The government is not meeting its side of the contract.

The ironic element to all of this is that most people with dyslexia have compensatory skills and talents that we are not identifying and nurturing, because they are judged completely on their challenges with literacy. 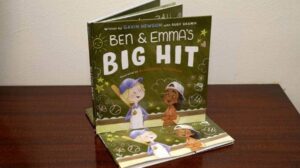 Ben & Emma’s Big Hit, published in December, is co-written by California Governor Gavin Newsom, and based on his experiences of dealing with dyslexia as a child.

The unfair deal does not stop with education. The effects of the poor education deal that most children with dyslexia receive stays with them for the rest of their lives. A child with dyslexia grows up to be an adult with dyslexia.

Internationally, dyslexia has been linked to unemployment and under-employment; depression and anxiety; other health issues; and conflicts with the justice system and Corrections.

Mike Styles: “Continuing to ignore the needs of children with dyslexia is a state failure to meet their human right of a quality education.”

The story of Hone

Hone (not his real name) is a well-respected and competent tradesman in the electrical sector. He is highly valued by his employer, but is not registered.

He has dyslexia and has not been able to pass his registration exam. Without that, Hone’s lifetime income from his work will be many thousands of dollars less than it would be with registration.

Hone’s dyslexia was not picked up during his schooling, and he left school as soon as he was able to. His lack of success in education has had a lifetime impact on more than his education. He has low self-esteem and confidence – even though he is good at his craft. 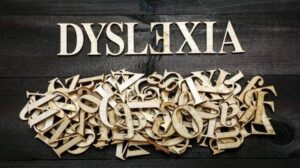 Roughly speaking, about 100,000 schoolchildren have dyslexia or another neurodiverse condition, says Mike Styles.

Things are no better for his son, who is currently at secondary school. Dyslexia is a genetic condition, and it has passed down from Hone. Sadly, the school system is still not able to identify and support his son’s dyslexia either.

The school system continues to fail such children. Perhaps a class-action lawsuit brought by the parents of children with dyslexia would sharpen the minds of politicians and policymakers.

This is a shortcoming in our education sector that impacts on us all. Continuing to ignore the needs of children with dyslexia is a state failure to meet their human right of a quality education.

Mike Styles is a dyslexia consultant, researcher and trainer, who provides services to government agencies, education institutions and to corporates.